Captain Henry Morgan is among the most celebrated of swashbucklers – one whose “spirit” has been distilled – and the release of a limited edition rum in his name celebrates his greatest accomplishment. Captain Morgan Sherry Oak Finish Spiced Rum, named for Welsh privateer Henry Morgan, recognizes his successful 17th century raid of a Spanish trade center in Panama. It also comes at a time when the “wickedest” Jamaican city that he roamed is being infused with a share of $1.2 billion for heritage tourism enhancements.

This Caribbean “sin” city is Port Royal, a shipping commerce center-turned-ghost town where rum-swigging pirates like Morgan and Blackbeard once shared war stories and stolen wealth. The Jamaican government plans to put $220 million of the money toward renovating a Naval hospital, upgrading films shown at a new state-of-the-art theater and creating a museum that showcases underwater archaeological finds. Included would be artifacts from the portion of Port Royal that a 1692 earthquake buried at sea.

Captain Henry Morgan had launched his career in the military and then with rebels and outcasts from different nations – Brethren of the Coast, they were called – settled in Port Royal. In their battles for Spanish territory and wealth, the English, Dutch and French had unofficially contracted with privateers like Morgan to harass their enemies. In exchange, the privateers kept a good portion of the loot.

The English had captured Jamaica from Spain in 1655, and Morgan made it his base for terrorizing Caribbean ports. He helped Port Royal become known as the “richest and wickedest” city in the world, one that even the then-governor claimed thrived on disorder.

It was a time when deep sea sailing ships plied the seas and operated like large, self-contained factories. Morgan captained a vessel known as The Satisfaction. He fought the Dutch and Spanish on behalf of the British and made a name for himself raiding sites like Puerto Principe, Cuba and Maracaibo, Venezuela. But one of Morgan’s greatest feats came during peacetime, when he and some other privateers turned to outright piracy. 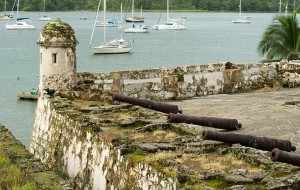 Morgan led nearly 2,000 buccaneers aboard 36 vessels on an attack of Panama and held the Spanish trade center of Portobello for ransom. He returned to Port Royal with 100,000 pesos worth of silver and gold.

In Jamaica, Morgan was hailed as a hero. In an infuriated Spain, Queen Maria Theresa sanctioned the country’s own privateering commissions. Morgan was arrested and taken to London. His Panamanian raid was nevertheless a sign that Spanish rule of the Caribbean was coming to an end, and King Charles II in 1674 knighted him and named him deputy governor of Jamaica.

Alexander O. Exquemelin, Morgan’s ship surgeon, penned the book “The Buccaneers of America,” describing the commander in chief as a heartless pirate who, among other things, left crew members miserable and ordered that religious prisoners be shot. Morgan claimed slander and libel against the publishers. Ian Fleming’s James Bond novel, “Live and Let Die,” years later told of the American criminal, Buonapart Ignace Gallia (“Mr Big”), who smuggles 17th century gold coins believed to be part of a treasure that Morgan buried in Jamaica.

Morgan helps the People of Jamaica

Morgan actually invested his Panamanian wealth in Jamaican property. He also helped improve Jamaica’s defenses. After he died on August 25, 1688, he was given a royal send-off. Ships in the harbor fired their guns in salute as his body, which had lain in state at the King’s house, was carried on a gun carriage to the local church.

To commemorate the Panama raid, the Captain Morgan rum brand has released its sherry oak rum. Last year, the brand paid for an expedition that recovered a ship’s hull, sword and barrel from five Morgan fleet vessels that had been lost at the bottom of the Caribbean Sea during the battle at Panama. The company believed that the barrel likely held sherry wine, a popular export then.

A Red Stripe Beer mural advertisement these days welcomes visitors to Port Royal. Morgan’s Harbour Hotel, a beachfront building with dockside restaurant, sits on the site of an old Navy dock overlooking the sunken portion of the city. The Buccaneer Scuba Club, based in a circa-1692 former store house known as the Pitch House, offers opportunities to explore shipwrecks as well as the sunken city. St. Peter’s Anglican Church built in 1725 replaced a chapel that had been lost in the 1692 earthquake. At least one blogger suggests its silver communion pieces came from Morgan’s Panama raid.

Earthquake survivors include Fort Charles – built the year of the British takeover of Jamaica and the oldest structure on all of the island – and a 19th century powder magazine/artillery storehouse known as “Giddy House” that, as a result of the quake, leans at a greater tilt than the Tower of Pisa. 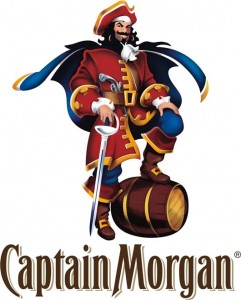 Plans for redeveloping Port Royal as a heritage tourism center have been in the works since the 1990s. A group known as the Port Royal Development Company, developers of a Port Royal Heritage Tourism Project, have plans for a cruise ship port, 17th century-style shops, restaurants and taverns, a multimedia simulated earthquake experience, period costumed interpreters and pirates and an under water museum with archaeologists carrying out their work in public view.

The group has only made minimal headway on the efforts. Concerns about archaeological, environmental and historical importance have apparently consumed planning time, and violent crime on the island has reportedly caused investors to back out. By 2007, the $500 million plan was being reevaluated for its relevance.

The $1.2 million that Jamaica now plans to spend on island-wide renovations comes from a Tourism Enhancement Fund for sustainable tourism development. The fund is paid for by incoming airline passengers and incoming cruise passengers who are charged $20 per person and $2 per person fees respectively. In addition to progress on the Port Royal plans, the money is to go toward efforts in Ocho Rios, such as the rehabilitation of a cruise ship pier, and projects in Montego Bay and Negril.


Warning: Use of undefined constant ’large’ - assumed '’large’' (this will throw an Error in a future version of PHP) in /home/flipbig9/public_html/caribbeanvacations/wp-content/themes/magaziner/inc/template-tags.php on line 703