One of the very famous stops of Caribbean cruise ship lines is St. Maarten, the smallest island in the world shared by 2 countries, France and the Netherlands. In fact, this island has a fascinating history that continues to influence local culture.

The Birth of Tourism on the Island

When all import and export taxes were stopped in 1939, the island became a free port. Princess Juliana International Airport opened in 1943. Four years later, the island’s first hotel, the Sea View, welcomed its first guests.

In the next few decades, St. Maarten boomed as an international trading and tourism center. Today, Dutch St. Maarten has nearly 3,000 hotel rooms and is visited by hundreds of thousands of people each year.

About nineteen percent of the island’s population is native. Tourism has encouraged people who left the island decades ago to return. In fact, people from about eighty different countries have currently populate the island. Today, most of the people who now call St. Maarten/St. Martin home speak English, French, Spanish and/or Dutch on the island.

Like the other Caribbean islands, St. Maraten has a temperate climate with lows of 75°and highs of 85°. Due to its location in the Caribbean, St. Maarten is rarely attacked by hurricanes. In fact, it’s spectacular climate makes it a great place to travel anytime of year, although the peak season is usually from November to May.

Getting Around in St. Martin

St Martin Vacations – Things to Do

Because it’s such a small island, tourists can easily get around with a rented scooter or moped. However, you’ll likely not be doing much traveling around the island due to the fact that recreation in St. Maarten revolves primarily around water sports.

Scuba diving, snorkeling and boating are some of the most popular activities of this Caribbean destination. The beautiful waters of St. Martin make it the perfect destination for anyone interested in exploring the underwater realm.

While other islands of the Caribbean offer much to do in the way of water sports, St. Martin is particularly noted for its surfing and deep sea fishing.

Another perk of St. Maarten’s size is the fact that relatively few tourists choose it as a travel destination. If you are looking to avoid crowded beaches, overpriced resorts and the stress of packed airports, then St. Maarten is the island for you. Although tourism is one of the island’s major industries, St. Martin is by no means over run with tourists. As a result, you can experience the local flair outside of the tourist arena.

Some of the interesting local traditions include playing bingo and dominoes. Similarly, while the island’s religions are fairly traditional (most natives are Anglican, Baptist or Catholic), their method of practice is quite unique. “Le gospel” is a cultural song that the people of St. Maarten sing at twilight masses.

An interesting, yet little know, fact about St. Martin is that is has been home to and inspiration for a number of famous painters. One of the most notable artists to gather inspiration from St. Maarten was Gauguin. 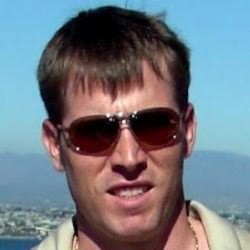